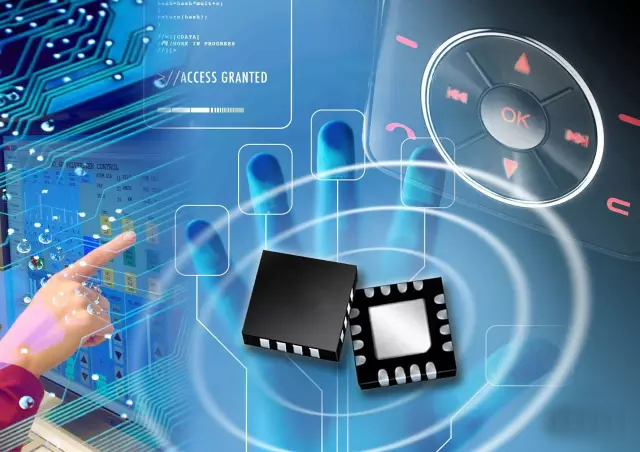 I. The Internet of Things will create a brand new business model
The business model that the Internet of Things will create will satisfy all forms of e-commerce market, vertical market, horizontal market and consumer market. The new business model represented by the shared use of consumer equipment will greatly reduce the cost of equipment owners. At the same time, product service packages will also be one of the key elements of consumer equipment sharing model. Such devices, such as Amazon's Alexa voice assistant, can work with Echo, Tap, Echo Dot and other intelligent voice assistant products. With the help of product service packages, users can get voice recognition, reserve vehicles, listen to streaming music and other related services.
II. The Internet of Things Industry will be Reintegrated
The lack of a unified language in the global Internet of Things (IOT) platform can easily hinder the communication between multiple IOT devices and result in multiple competitive standards and platforms. It is estimated that there are more than 300 Internet of Things platforms in the world. Starting in 2017, small platforms will gradually access the global Internet of Things, and the access process will last several years. In this process, the number of top software providers will be reduced to 5-7. At the same time, several large enterprises with open source platforms will appear in the Internet of Things market.
3. Information security is an important basis for choosing IT solutions
In the market, most companies providing consumer devices on the Internet of Things are considering the security of users. There are many DDoS attacks (Distributed Denial of Service) occurring in the world every day. The Internet of Things is a huge risk because it involves hundreds of millions of connecting devices. In October 2016, Mirai, an Internet of Things botnet virus, attacked thousands of Internet of Things devices, including surveillance cameras and routers, with serious consequences: troubled equipment providers spread from the United States to Europe, botnet viruses can scan the network regularly to identify open Internet of Things links. Network equipment and access.
In 2017, zombie viruses in consumer devices on the Internet of Things will be activated, and a large number of explosive news may be leaked to the media. At the same time, more and more companies will realize the importance of embedded security devices in equipment products. In the future, information security is one of the important bases for choosing IT solutions.
IV. Real-time Monitoring and Analysis of the Opening Cost of the Internet of Things
The Internet of Things (IOT) has a set of information collection and analysis systems. The information comes from a variety of different IOT devices based on buildings or companies. The value of the Internet of Things lies in data analysis and rational use of data. It is expected that the first batch of Internet of Things analysis platforms will gradually enter the market in 2017.
5. All objects will acquire "wisdom"
There are great differences between the Internet of Things and the Internet of Industrial Things, which are composed of consumer equipment. The latter mainly includes products in the fields of construction, transportation, logistics, agriculture, health, oil and gas, electricity and public resources supply. Equipment connected to the industrial Internet of Things, such as machine tools and other objects are not very "smart" at present. In 2017, new technologies will be gradually added to industrial products, and software or computers for the first batch of smart products may be developed to simply manipulate these objects. With the popularization and development of low power wide area Internet of Things (LPWAN), the number of devices connected to industrial networks will increase dramatically.
6. Suspicious Functions of Intelligent Products
At present, there are many kinds of household devices that can be connected to the Internet of Things, such as lights, air conditioners, garage doors, coffee machines, toothbrushes, sofas, etc. But not all of these devices have a lot of requirements for intelligent functions. For example, the difference between intelligent refrigerators and traditional refrigerators is only a little more. Awakening function. Some manufacturers try to add the photo function of refrigerator door to the function design of smart refrigerator and send it to the owner's smart phone to remind the owner of the necessities he still needs to buy, but experts have raised a reasonable question, using a paper list to list whether the necessities will receive from the refrigerator more than the smart phone.“ Is Suspicious Information More Reliable?
7. Internet of Things startups will develop rapidly
Startups will learn more quickly about the needs of ordinary people than large companies, and it takes more time for large companies to develop IT solutions to consumer applications than small ones. As a result, start-ups tend to be more successful in creating consumer devices and providing services on the Internet of Things. In 2017, the trend of large companies acquiring start-ups will continue, especially those related to "unmanned" technology.
VIII. The Internet of Things products based on service components will receive more attention
The service mode of the Internet of Things is becoming more and more popular in the fields of consumption and industry. For example, Kaeser Kompressore, Germany's largest air compressor manufacturer, introduced the macro-ecology spatial analysis software platform (SAM.4.0) to transmit the parameters of air pressure forming in real time. With this platform, companies can continuously analyze various relevant data in order to take preventive measures. This model will change the traditional thinking mode of "selling and then forgetting", and combine products and services permanently.
9. Self-operated Vehicles Will Change the Income-generating Model
A survey by Ericsson Consumer Laboratory showed that 65% of respondents preferred driverless cars and 25% believed that robots were safer to operate cars. Tesla's founder, Musk, recently said that by the end of 2017, Tesla cars would not be available.
Previous：Nothing
Next：Nothing
网站底部